The roar of the ocean could be heard from inside my car as I slipped into the empty parking lot at the base of the pier. The sun had not yet quite slipped over the horizon, and the pink glow of the Floridian sunrise was just beginning to spread across the pier. 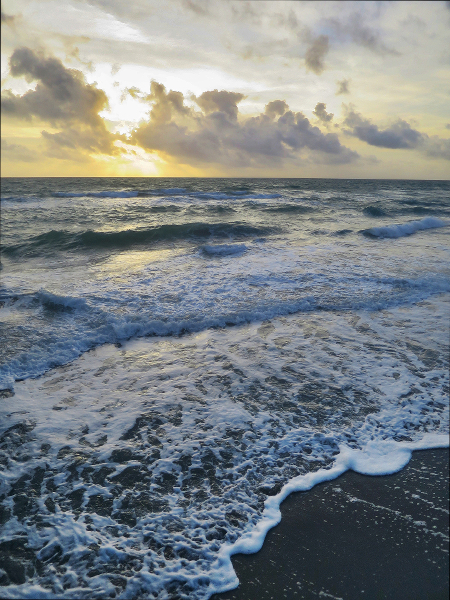 A few hardcore fishermen (there’s always some of those) had beat me and my Canadian companions to the pier and were busy trying to take advantage of those precious few moments of twilight, when everything mean and hungry was on the prowl. I wasn’t sure what to expect on Christmas Day… either a pier chock full of families, or a scattering of the die-hards but it was just about in the middle. Out at the end of the pier, a large group of anglers had set up shop with large surf casting outfits and big baits, no doubt looking for something large to pull on.

Although South Florida piers are known for an array of interesting and exotic species of fish, this trip had hampered many of my efforts to catch these colorful reef dwellers due to the high winds and rough seas. Normally flitting around in crystal clear waters, these sensitive reef fish often feed on sight and thus aren’t as readily caught in rough conditions.

Nonetheless, I was here in Fort Lauderdale with a fresh tub of squid, and I was going to see what I could find. Sometimes you just have to go out and give it a shot without all the rationalization and meticulous planning! In the words of my illustrious fishing companion, Michael, it was “tumbleweed fishing style: just bumbling along holdin’ my rod, whatever happens happens.” As if to reinforce my haphazard fishing method, I had a rather spectacular morning of catching a handful of new lifelist species. However, it was just about mid-morning when I had a small strip of squid drifting around the pilings when I received my Christmas present from the Fish Gods.

I love fishing ultralight outfits. In these days of modern fishing technology complete with ultra thin diameter spectra or dyneema line and high drag high capacity miniature reels, there are only certain situations that call for heavy gear. Along with the sporting fight that is offered on ultralight outfits, the sensitivity and comfort of fishing with such lightweight outfits is incredible. 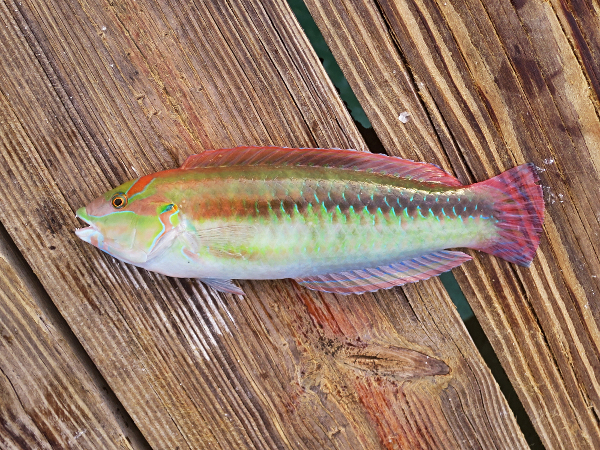 With my small 2500 sized spinning reel and 7’2 UL rod, I sent a strip of squid into the green surging ocean, about an hand’s length above the 1 oz sinker. Immediately, the pecking of bite thieves began, most likely the ubiquitous Sargeant Majors, or perhaps some aggressive Slippery Dicks (as in the fish, Halichoeres bivittatus). Restraining my natural urge to strike at these small fish, I waited until there was a solid knock on the end of the line, then a slow weight. This is the typical strike of many of the grazing species of tropical fish such as tangs, boxfish, and trunkfish: the slow weight is generally associated with the fish backing away with the bait lightly in it’s mouth. The timing of the strike at this point becomes impeccable, as too early of a strike and the bait will be pulled from the fishes mouth while too late and the bait will be pulled off the hook.

With the fish gods smiling on me that day, I waited until I felt just the right amount of weight on the line and struck heavily. There was an immediate response as a fish dove instantaneously for cover in the reef. I felt the terrible feeling of line scraping against rock and corals and afterwards the heavy resistance of the fish snagged. Immediately, I lightened the pressure on the fish until it was barely perceptible. While shore fishing in Norcal for rockfish, there were often times when rockfish would snag themselves in the rocks during a fight, sometimes even multiple times in a single fight. With experience, I had found that it’s important to give a snagged fish two things: time and slack. Like reef fishing, it’s another art-form that can only really be developed over time, there is a certain amount of light pressure than can be placed on the fish to irritate it and encourage it to extricate itself from the snag.

Again, luck smiled on me as after a short wait and few gentle pulls to persuade the fish to free itself, I felt the heavy weight of a fish on the line. Bartek, ever alert to his fellow anglers called over to me, asking if I needed a crab net to assist in landing the fish. At first, I had thought the angry and hard fighting fish was another Grey Triggerfish (Balistes capriscus), a fish that had been plaguing us throughout the trip. However, as the emerald water parted, a much larger, regal shape materialized and I was at a loss of words. I think I might have been able to stammer the single word that had Bartek and Michael scrambling to assemble the crab net.

Despite having traveling the world, and fished in many tropical reefs, all species of the family Pomacanthus or saltwater Angelfish had eluded my capture thus far. I was not alone, however, as Angelfish are extremely seldomly fair hooked on rod and line due to their skittish nature, delicate feeding habits, and propensity for feeding on tunicates and sponges. Many times during my tropical expeditions I had seen large and gorgeous angelfish swim by, completely ignoring my baits and offerings, as almost any angler who has ever tried to target them.

And yet, here I was, holding an absolutely stunning adult Gray Angelfish (Pomacanthus arcuatus). What a Christmas surprise this turned out to be! 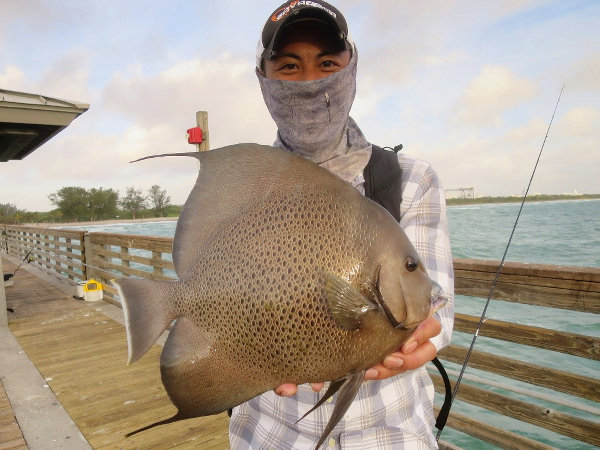 After a quick set of pictures, the Angelfish was released back into the depths. However, this Christmas was far from over. As I continued fishing through the rest of the interesting reef critters, there was another gentle take and suddenly I was hooked into another hard fighting fish. This time, I managed to keep the fish out of the reef, but instead had to deal with a set of drag screeching runs. Again, Bartek was quickly by my side and was ready with the crab net before I could even see the silhouette of the fish… but soon she was there, tired out from the fight. Another gorgeous angelfish! This one looked just slightly different, and at first I attributed the color difference to sexual dimorphism. However, upon some research on my phone, I quickly realized that I had caught my second species of Angelfish in the same day! 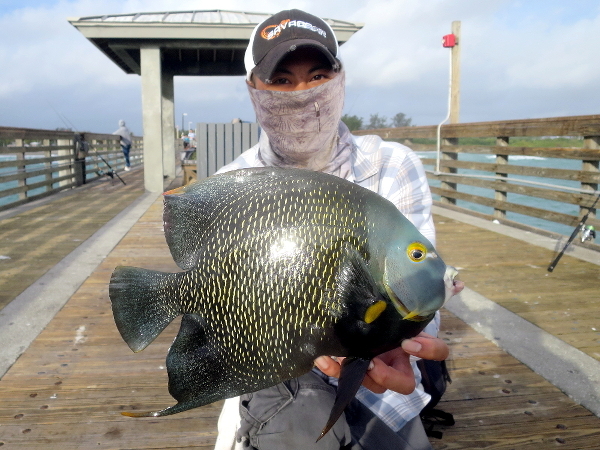 Species #680, French Angelfish (Pomacanthus paru). Before the day would end, I would add a total of 7 new species to my lifelist, including 3 large and hard fighting angelfish of two species. Merry Christmas, indeed! 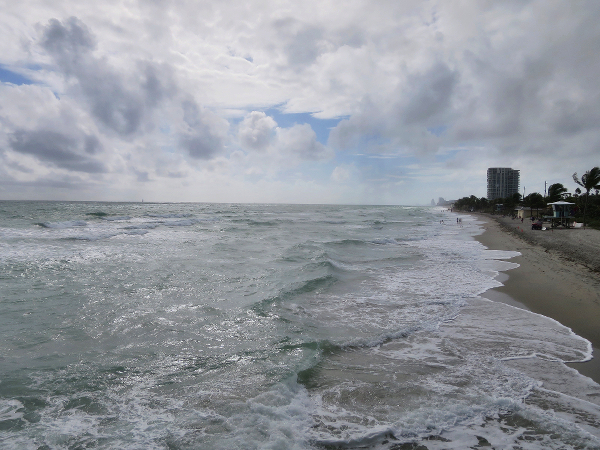 One thought on “Species #680: Christmas Angels”