I had traveled for nearly 27 hours to reach my destination in Malaysia almost half a week ago only to find unseasonable monsoons had ravaged 6 of the 11 states of Malaysia and rendered huge swaths of areas impassable. 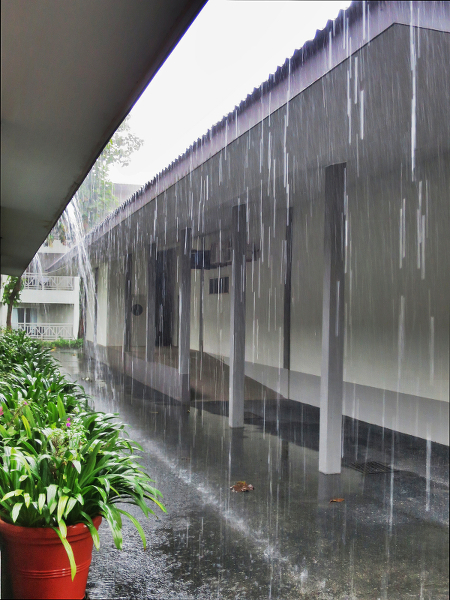 Stuck indoors, I was loving the opportunity to spend time with people, but my heart was in the wilds of Malaysia. It was almost a Christmas miracle when the rains finally abated on Christmas Eve for just long enough for me to procure a rental car. Seeing a window of opportunity, I quickly jumped at the chance to travel out of the concrete jungle and into a true tropical rainforest.

I opened the left door into the rental car and hopped in… then moved to the opposite side where the driver’s seat was located. Despite heavy traveling, I had always tried to avoid driving in countries that followed left sided traffic. Well, with no other options, it was time for a crash course (no pun intended) in driving through Kuala Lumpur traffic. 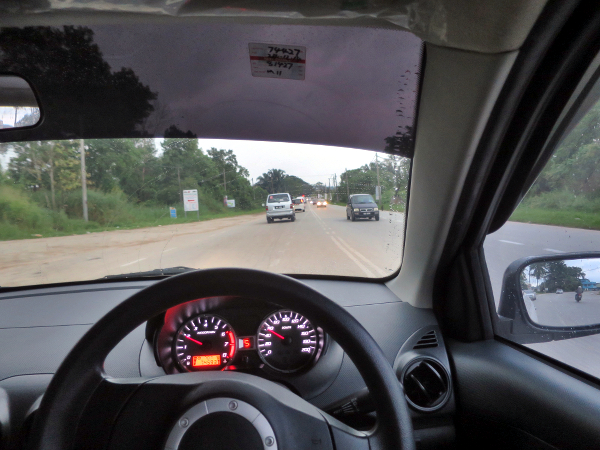 After a fairly unique drive into the northern rivers of Kuala Lumpur complete with river fording and shoulder passing, I reached the closest destination that I had found in my research may yield one of my chief freshwater targets. A fish that had spawned legends due to it’s ferocious bite and extreme power, the Giant Snakehead, known as Toman in Southeast Asia, was a fish that fishermen across the world sought for sport.

However, arriving at my GPS coordinates, brown silty water raged along trash strewn banks, while lean-to houses erected by the locals stood haphazardly cluttering the landscape. Grey skies threatened rain at any second, and for a moment I pondered turning home. But to waste 8000 miles of travel? I think not. 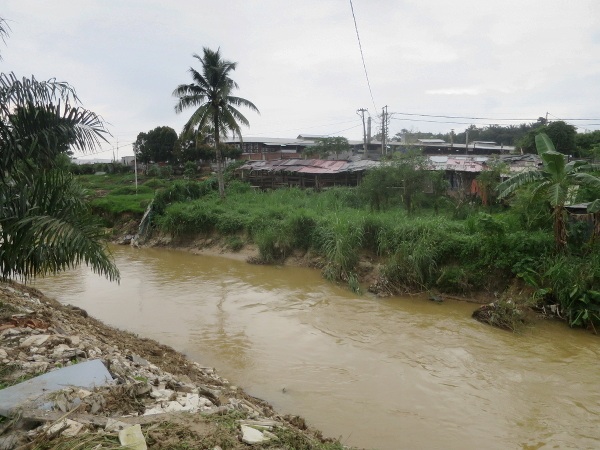 I slipped on my favorite snakehead hunting lure, and cast out into the dark waters. I paused and waited for a few seconds for the lure to drop, then began a slow steady retrieve, punctuated by a few staccato jerks. THWACK! My rod nearly broke from the impact of a strike. The drag on my Sustain immediately screeched as something with an immense amount of power took off. Within seconds, my drag was suddenly silenced as my connection to the fish parted. I reeled back my slack line to find my 50 lb main line had parted. Although it’s likely the braid was abraded by an underwater snag, I have to say this was one of the most forceful hits I have ever experienced in my life, and I was absolutely stunned by the amount of power behind the strike.

Even though I mumbled the standard fisherman’s curses under my breath, my spirits were buoyed by the idea that there were indeed fish in these murky depths, and possibly big ones at that! I quickly tied on another lure, and began fan casting around various points of structure. Slowly walking the pebbly banks, I came across a large jetty jutting into the center of a huge pool of water. Perfect ambush predator structure!

A cast into fishy looking water near the jetty pilings produced no interest. I continued working the water closer and closer towards the jetty, but fearing snags, I kept my lure away from the more insidious looking areas. Eventually, I got a little braver (desperate?) and skipped my lure directly under the jetty. A slight pause to sink, then a hesitant bouncing retrieve. Just as the lure passed out from the shadow of the jetty, I felt a sensation of hesitation on the lure. I jerked back on the rod to elicit an immediate response. The water beneath the jetty exploded with a huge splash as the fish recoiled from the sting of my hook and quickly retreated back into the shadows. Within seconds, my line had wrapped around the piling and with a powerful tug the fish had freed itself and disappeared into the settling ripples.

Again, the bipolar feelings of failure and hope settled over me. Hoping that more than one of the underwater leviathans had found a home in the jetty, I continued covering the rest of the jetty. One of the casts fell short of the jetty pilings, and I burned the lure back. A few feet from the bank, the lure was suddenly stopped short as something inhaled it.

I leaned back to strike, and the fish took off with the force of a small car. Line was being stripped effortlessly off my reel, and I turned my rod to maximally create a side force towards the jetty in hopes that the fish would run away from the force and pilings.

Luck was on my side as my tactic paid off. The fish rapidly changed direction, and stripped 100 yards of line off my reel in an easy stride. I felt the ticks of underwater branches being cut by my braid, and hoped my gear could withstand the forces that this fish was placing on my equipment. Slowly but surely I worked the fish back towards the shore, watching as each run from the fish created dinner table sized clouds of mud beneath the water surface. But each run grew less and less determined, until finally a whisker protruded from the brown water.

Soon, the rest of the 4 foot long fish slid into view. My lure protruded from the flat gaping maw of this whiskered fish, long and sinuous and ending with a powerful red tail. This was definitely not the snakehead we were looking for. Instead, what lay in front of me was an Asian Redtail Catfish (Hemibagrus wyckioides). These giant fish originally inhabited the same waters of the Mekong basin in Thailand as other freshwater leviathans such as the Mekong Giant Catfish. Although these fish were dwarfed in comparison to the Mekong Giant Catfish that were reputed to grow to 9 feet long, Asian Redtail Catfish were definitely still fearsome predators growing as large as 6 feet long. More importantly, these Redtail Catfish were strong and capable predators eager to attack baitfish, unlike the more placid herbivorous Mekong Giant Catfish. Both species had been aquacultured and stocked in various waters throughout Southeast Asia, and as sure as Murphy’s law, had escaped and become established in certain waterways. 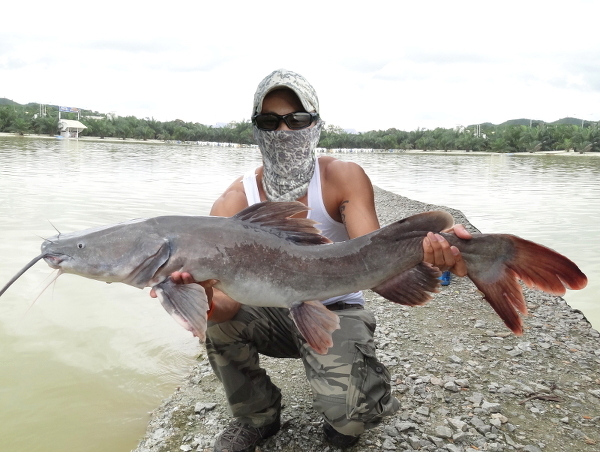 After a few pictures, I quickly released the first fish I’ve ever caught in Malaysia.