The wind whipped across my face, as the seas furiously crashed around us. Wintertime in the Florida Keys seemed to only bring fury and flash, as each time I ventured here, the wind and seas seemed to conspire to smash my watercraft into the ocean bottom. Although the 45 mph gusts that had whistled their way through the Keys the day before had simmered to a reasonable 15-20 mph, the occasional puff of wintertime wind unrelentingly tipped our 27-foot boat back and forth like a metronome. Yet, in the face of chaos, the gentle glow of the tropical sun bathed us, and I knew that there were few places I would rather be than gripping the gunnel of a boat, charging through the sea spray. 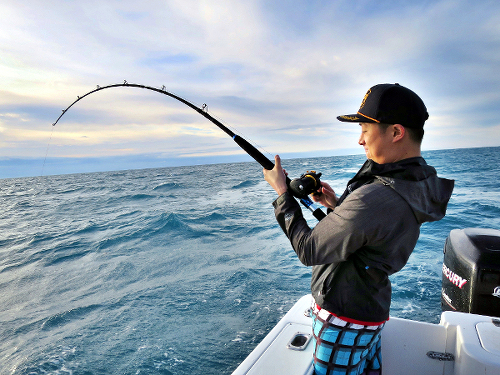 As my best friend descended deeper into his residency and slowly lost time to travel and fish, we found ourselves forced to fish together under unusual circumstances… such as an impromptu weekend trip to the Florida Keys. The target today was Black Grouper, a gorgeously patterned bruiser of the deep. Despite being fairly ubiquitous throughout the Southern Florida region, I had yet to come across any of them in my previous travels. 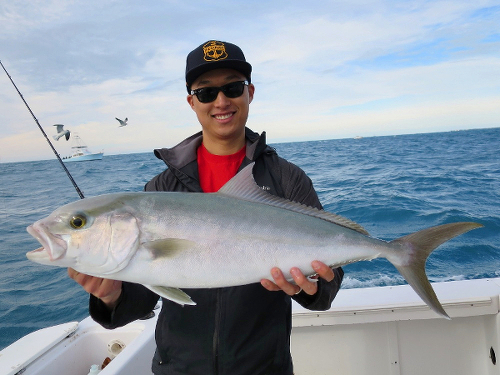 After a morning of targeting grouper over deep wrecks with only one Greater Amberjack, my personal best Yellowtail Snapper and plenty of bent hooks and broken leaders to show for our effort, we motored to slightly calmer seas where there were rumors of big predators lurking in the shallows. In only 15 ft of water, the sounder started displaying signs of wreckage and intensely broken structure. The shallow water meant that little weight needed to be used, which meant not only could we afford to use lighter gear, but we would feel a more direct fight with the fish. This was my favorite type of fishing: fish versus man, one on one, brute strength vs brute strength. 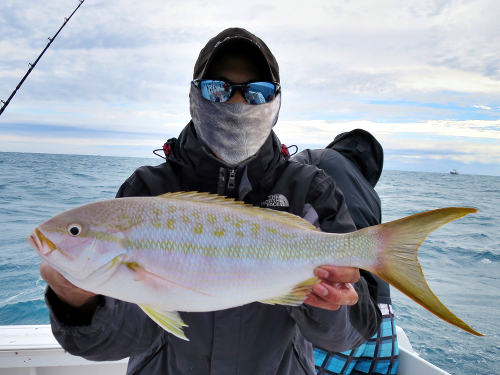 While setting up the boat with the chum line and readying various things in the boat, I set my offshore rig over the side of the boat with a butterflied filet of species #687, Redtail Scad, a new species that we had caught in the morning to use as bait. Not really expecting any action out of the rod, out of the corner of my eye I saw the tip bend as something hit the bait and immediately tried to run. Unfortunately, the fish was no match for my Avet HX and it was unceremoniously winched up. Luckily, this was a new species, #689, and my first pelagic shark species ever! A lovely young Atlantic Sharpnose Shark! 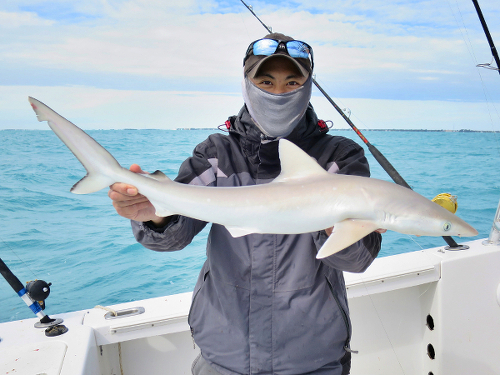 After releasing the little shark, I quickly finished setting up my other rod. The setup was a simple 1 oz knocker rig with an enormous hook and a 1 lb live bait. Lob the mess over the back of the boat towards the chumline and wait for something to inhale it. As I slowly grow in experience in boating, my respect for charter captains also grows as it becomes obvious how difficult it is to position and anchor a boat over a reef, and how integral this skill is to catching fish. Our captain quickly proved his worth, as the wait for a bite was nonexistent.

I felt a sharp knock on the rod tip, then the slow weight of something large as it settled in to eat the large bait. I gave a quick hookset, and instantaneously my Van Staal’s drag screamed as the fish took off. In anticipation of these large fish bolting for cover, I had my reel’s drag locked down, but the fish took little note of that. Although it entangled itself in some cover momentarily, I was able to free it after a little finagling, and soon pumped it up near the boat. The water was a milky turquoise from the turbulence but it soon parted to reveal a silvery shape. Unfortunately, this was not species #690, but instead the familiar shape of a Mutton Snapper. Not that I was complaining, considering this was a monster of a Mutton Snapper and would be my new personal best. 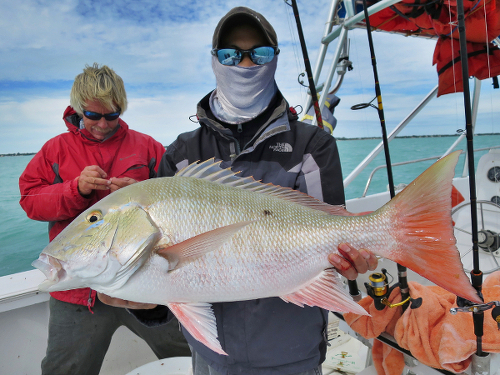 Only moments after the Mutton Snapper, I had just dropped my bait back into the chum slick when my bait would be picked up. This time, the initial bite was followed by a nearly unstoppable surge in power. I braced myself as strongly as I could while the Van Staal drag sounded like a jet taking off. As I followed the fish around the boat, I was afraid it was going to rock me, but under my constant pressure, the fish eventually relented and rose to the surface. With the brute strength behind the fish, I had no doubt it was a grouper of some sort, but the question was whether it was the target species? As the milky water parted to reveal a silhouette, I was surprised to see not a Black Grouper, but a hefty Gag Grouper. Although Gag Groupers are fairly common throughout Florida, they are usually outnumbered by the Black Groupers over the patch reefs. Just my luck! 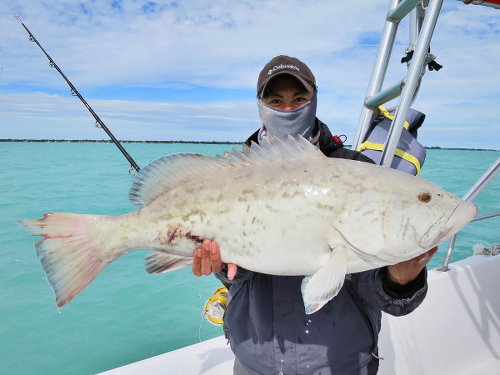 Nonetheless, the fish offered a welcome fight as well as a personal best Gag Grouper. After a few quick pictures, it was released to bolt back to it’s rocky lair. Unfortunately, in the next half hour, every fish we hooked up with either rocked us, or pulled the hook. With a flight to catch, my friend was dragging his feet for “one last cast” multiple times, until the urgency to get to the airport goaded us to end the trip. Although I wasn’t able to catch my chief angling target, 3 new personal bests and a handful of new species wasn’t a bad start to my 2016 fishing season, especially while half of the United States was still digging themselves out of a snowstorm! 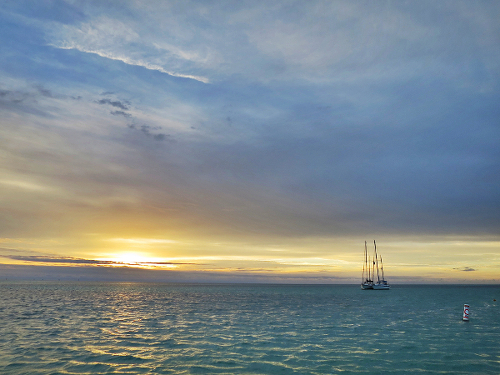 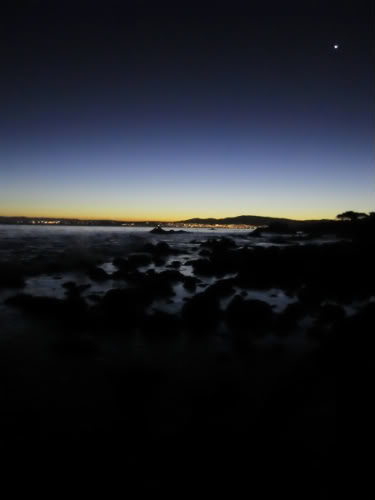 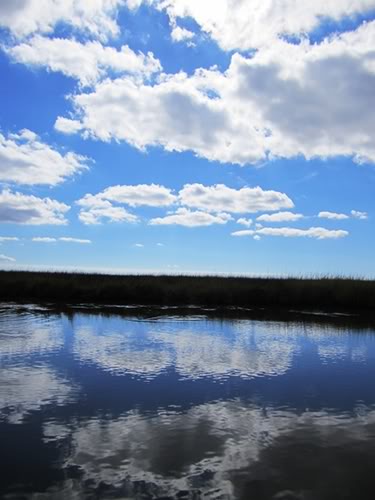