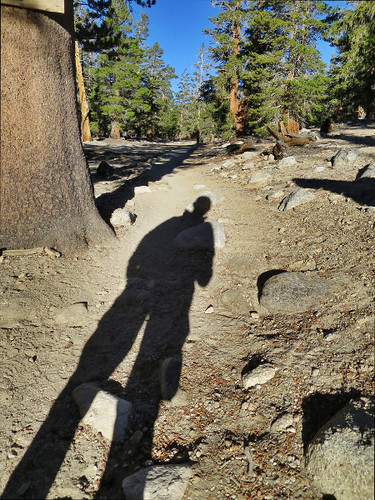 I slowly crawled on my elbows and knees as I inched forward into a foot tall break between some low lying branches and the leaf strewn forest floor. Before me, the golden hued substrate of a small mountain stream vibrantly reflected sparkles of sunlight that danced and scattered into the shadows.

Propped on my elbows, I rested my chin on my hands as I stared, captivated by the scene in front of me. This was a moment that would remain etched in my memory forever, that image that accompanies a personal triumph of a goal set so long ago in my youth that I could barely reach into the recesses of my mind to recall it. 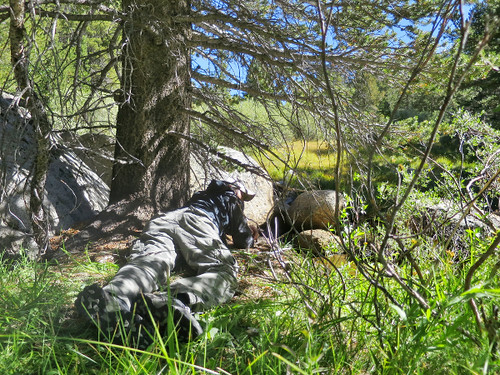 I was only 4 or 5 years old, barely able to hold a pencil much less control it’s wavering path across a page… However, as I sat on the hardwood floor of my home, I was intently concentrated on reproducing the image of a fish in a book splayed open in front of me. With it’s golden flanks marked with a splash of angry crimson, and dotted with olive fingerprints, this was a fish that would capture the attention of any youngster in it’s gaudy outfit and clown like patterns. Although my elementary tracing of the fish would be lost as I grew up, the captivation with that fish never ceased.

Here, in the solitude of a mountain stream, away from all but the most dedicated outdoors enthusiasts, a school of 15-20 of these fantastical fish chased and frolicked with each other in a deep pool, occasionally rising to peck at a microscopic insect on the surface. Isolated from nearly all pressure from anglers and their deceptive lures and baits, it took all of 5 seconds dangling a small elk hair caddis from my rod tip over the water to capture the fish of my childhood dreams… 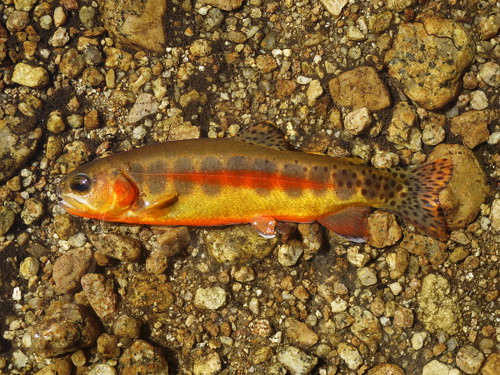 Ironically, I had pushed myself to accomplish this new species addition in one day due to constraints of my residency, with the goal of capturing a pure strain Volcano Creek Golden Trout in it’s historical drainage. However, during the pursuit of these fish, the ascent of more than 10,000 ft in under 8 hours caused a bout of acute altitude sickness that had me bedridden for nearly 2 days while recovering. 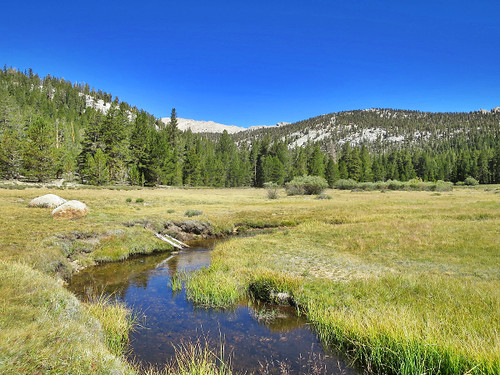