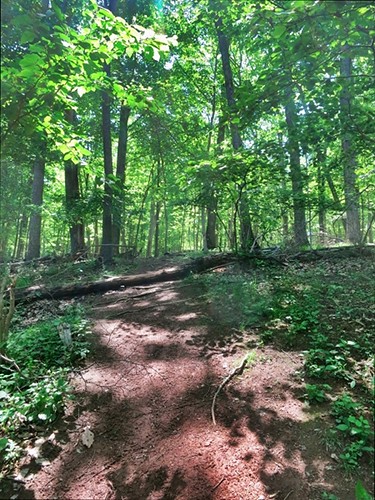 How many more ways can a trip be significant?

2 weeks before I graduate and officially receive my doctorate degree, I return to my childhood state of Virginia to meet with my angling mentor and friend KenT where together we pursue an amazing predator and what some may call the ultimate roughfish target.

#387. Perhaps a random number to some, but it will forever hold special meaning to me, because it is officially the first time I have ever held the same number of fish species as KenT. Although this tie would eventually be broken during the 4 day trip in Virginia, I am absolutely honored to have caught the same number of species as one of the world’s greatest species hunters.

Under KenT’s careful tutelage, we successfully stalk this hotly debated species. And stalk we do… crawling through bushes, grass, mud, slime, and god knows what else creepy crawlies. Crouched low as we watch cautious fish inch up to our frantic lures only to turn away at the last moment. Finally, after hours tick by, I see the white flash as the jaws of a Northern Snakehead snaps shut around my lure and I feel it’s weight against my rod.

Massive head shakes rock my rod, as the fish wildly fights to free itself. My 6/0 hook holds though, and before long the slinky camouflaged fish is quietly lying on the bank. A faint violet glow shimmers along her flank and I admire her stunning patterns. Her steel trap jaws lined with double rows of teeth are solidly clamped shut; it takes 2 sets of pliers to even attempt to open them. 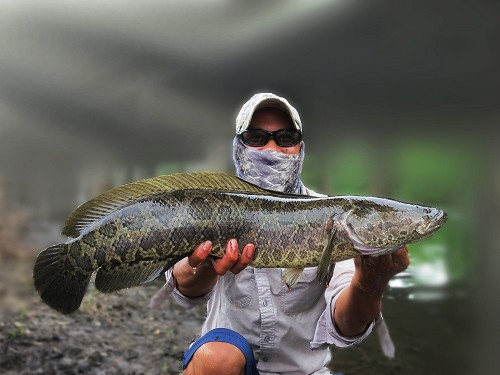 Check out KenT’s blog for the full report…