A few weeks ago, I saw on 976-Tuna a 2 day scheduled with the Eclipse at an amazing price. With tons of positive reviews about the boat and the offshore scene in socal on fire, I decided to hop on with my friend. As I recall, we grabbed the last two tickets.

The boat pulled into Seaforth Landing in San Diego about an hour late at 10pm on Sunday evening. There was a little grumbling from some of the passengers as the crew carefully selected some bait from the receivers but eventually we were able to depart for the open ocean at around 11pm. I figured that if the boat came in late because it was trying to get it’s passengers on fish, that was more of a good sign than a bad one…

The plan was to head for 120-140 miles south, where the captain had heard of really good yellowfin fishing. While I have not been on many offshore trips on different boats, I have to say this boat is an absolute pleasure to fish on. Wide, spacious, and clean with a hardworking crew that is constantly working to keep the boat working in top condition. The bunks were very comfortable and all of them had shades.

The captain said that we would not be where we want to be fishing until late in the morning, so getting up at grey light wouldn’t be needed.  Good, because I stayed out way too late the night before, disco dancing lol. Woke up at around 8am to trolling rods out on a glassy ocean.

Conditions were simply beautiful with just a slight bit of cloud cover.

We spent the morning with a couple of jigstrikes that brought in one or two fish on the slide. Very few people were fishing the slide with irons, and most everyone was sliding with bait. We had not started our official trolling rotations and at one of the jigstrikes, we had two rods go off. One of the rods just kept going as no one grabbed it, so the deckies yelled out for someone to bring in the fish. I ran over and picked up the rod and had the longest fight on a trolling outfit ever before someone came over and fixed the loose drag on the reel lol. Eventually, my first yellowfin tuna hits the deck! What a gorgeous fish!

After a while, we start seeing patties, and either troll by them or stop very quickly for a single round of bait soaking. As everyone knows, the San Diego bait situation is very bad with over 50% of bait dying on the first night. Heres where I think the Eclipse really went the extra mile: the captain went down at the bait recievers and basically hand selected what he felt was the best baits. This move eventually paid off, with us ending the 2 day trip on the last stop with some really lively strong bait that actually kept a mixed school of bluefin and yellowfin around the boat for most of the afternoon.

At one of the first patty stops of the day, we found a HUGE kelp patty, perhaps the size of a small room. However, it looked like it might have been fished already since we only picked up 2 dorado, and a few small yellowtail. I was able to get my first yellowtail of the trip, a small 24″ fish that was actually larger than the majority of the tiny rat yellows that came over the railings for the remainder of the trip!

We continued trucking down south, picking up a tuna here and there on the trolling outfits. Around mid afternoon, we came into some gorgeous water, deep blue almost purple in color. Was this the “promised land” that the captain had been looking for?

I believe it was a small patty that we decided to troll past that we got into some awesome action. First, the trolling rods went off. Then the people that slid bait down got bit. Then, everyone got bit. Bent rods were seen all over the rail as a school of yellowfin decided to swarm the boat. Unfortunately, there were also rat yellowtail everywhere, and many people were picking those up on our precious live bait.

After getting bit off on my 25 lb bait outfit, I decided to switch to a butterfly jig. Armed with a sargus spinning outfit, I’m sure more than one person thought I was being silly (I even thought I was being silly haha). I dropped the jig down about 100 ft or so, and short stroke jigged my way up. A few cranks below the surface, I saw a fish chase the lure up! Got my heart beating hard! It missed and disappeared, so I dropped the lure back down. This time, I let it drop a little deeper, than started to jig it back fast and hard. 3rd or 4th crank up and WHAM! My rod went full bendo as my drag screamed. I actually felt that because I was using 40 lb fluoro and 50 lb braid on my coffee grinder, I was able to get the tuna to the boat faster than when using 25 lb fluoro on a conventional outfit. On this trip, it seemed like the fish were biting the 25 lb better when soaking bait than the heavier lines, but since butterfly jigs are a reaction bite, leader diameter was less of an issue.

My first butterfly jig tuna! Yellowfin are seriously one of the most beautiful fish in the ocean!

After we drift away from the small patty, the bite dies down a little, and we make a pass at the patty again. This time, I couldn’t get the butterfly jig to sink far enough to get to the tuna because the yellowtail were all over it. I caught 8 small yellowtail in the next 15 minutes, all released. Although all small, the yellowtail are still a ton of fun to catch and fight with the jig.

As the tuna begin to move away from the boat, the captain decides to go back out to look for more patties. We put the trolling rods out and we get a jigstrike quite quickly. I decide that since the butterfly has been working quite well, I would try to slide with it. I cast it out and let it sink for about 15-20 seconds. No hits. I start to bring it back with a quick long stroke jig action, and 4 or 5 strokes in, WHAM! Fresh one! This one takes me some time to bring in and was circling under the boat for a while.

This fish ends up being the jackpot fish for day 1. Unfortunately I didn’t enter jackpot LOL.

After landing the fish, we reach in to yank out the butterfly jig, but I only get this back. Somehow the split ring opened up and my one and only hot jig was gone. Argh! Oh well, it definitely had a good run!

We get a few more jigstrikes, including one right as the sun was disappearing over the horizon. Made for a nice picture, but no bait fish got brought up on this stop. Ended the day with a delicious meatloaf dinner by our cook, Will.

Next day, woke to some rocking and rolling conditions, as the weather had quickly deteriorated. Patty spotting became very difficult, and we didn’t have a jig strike for quite a few hours. Overnight, we had made our way back up and were now around the 70 mile mark, where the bluefin tuna had been in the past few weeks.

As the day ticked away, many of the passengers started to lose hope. We had only brought in one jig strike yellowfin all morning. However, as we made it into the afternoon, the oceans calmed down a little, and we were hoping that meant we might be able to finally find a patty.

Well, it wasn’t long after that we found a tiny patty. The captain was not very confident it would hold fish, so he said we would make a quick drift. Not seconds into the drift do I hear “Hookup!” I glance over to see the golden green form of a dorado leaping clear of the water. A chorus of hookup soon follows as the corner of the stern because a mass of bodies, and bent rods.

My bait was snaffled within seconds but there was no frenzied run or jump and instead my fish went deep with a long solid run. I was wishing for a dorado, but I was also hoping that this might be a bluefin tuna. When I got it up though, it ended up being another yellowfin.

The bite quickly died out, but we found another patty quickly and there we spent the rest of the afternoon picking up yellowfin, bluefin, and dorado with the last of our bait. For some reason, I just could not get a good bite here and landed just another yellowfin tuna. OTOH, my friend had one of the hot sticks of the day, and picked up 2 dorado, 1 yellowfin tuna, 2 yellowtail and 1 bluefin tuna while losing another dorado at boatside.

According to the sportfishing report, the boat finished our 2 day with 50 California Yellowtail, 11 Bluefin Tuna, 26 Dorado, and 125 Yellowfin Tuna for 28 anglers (although there was 1 angler that was completely out of commission on the first day due to seasickness). I believe we also caught 3 or 4 small skipjack tuna on the troll.

I finished with 6 yellowfin tuna, 1 on the vertical butterfly, 1 on the slide with the butterfly, 1 on the troll, and 3 on bait. I fished 25 lb and 30 lb fluoro leaders with bait and I felt the 25 lb was getting bit slightly better. Used 2/0 gama ringed live bait hooks nose hooked. Also kept 2 yellowtail ~24” and released more than 8. There were a sprinkling of better yellowtail that people picked up on some patties, with a couple of fish around 10-12 lbs, and one near 20 lbs.

I donated one of my yellowfin to the boat, and Will made some absolutely amazing sashimi!

I have to say that the entire crew of the Eclipse was absolutely amazing. From the cook to the deckhand, to the captain, every person was dedicated to finding fish, and putting them in the boat.

At the closing meeting, the skipper letting us know how we did and what his thoughts were on the rest of the season. Summed up? Get out there and fish! This season isn’t over yet and things are still looking up!

Sorry for the long read. I had a really good time, and just wanted to share the experience. If any of the guys I fished with see this, feel free to PM me so we can keep in contact. Everyone on the boat was a pleasure to fish with, and it was amazing watching 4 people simultaneously hooked up on tuna going over and under in perfect sync. Can’t wait for my next offshore session! 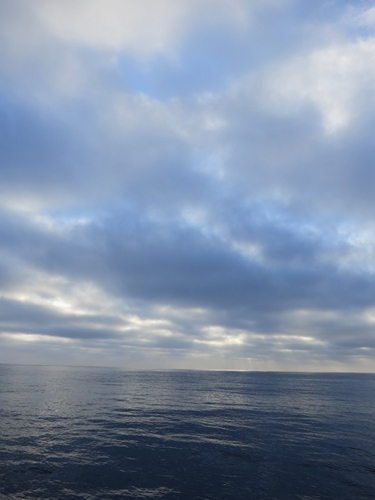 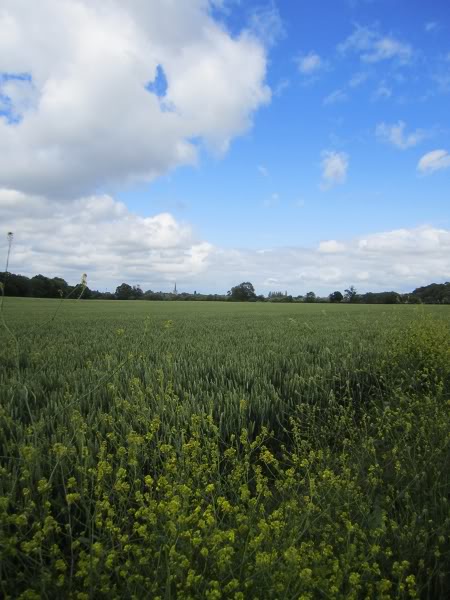 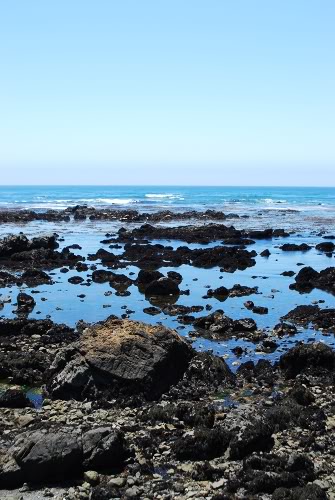