The stillness of the early morning greeted me as I hopped onto the beach from the rocky cliffs. I had taken a rare opportunity to visit my hometown near San Francisco and to revisit a species that had eluded me for a very long time. 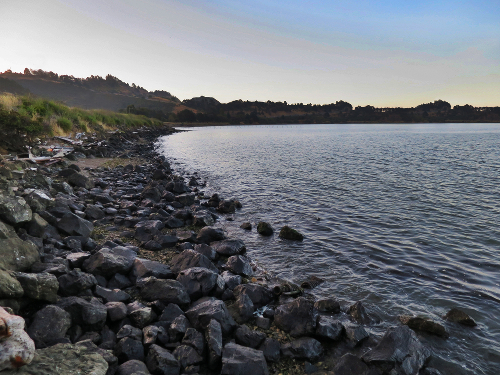 Although I have fished the beaches and cliffs of Northern California for over 20 years, I had never really learned the skills required to fish artificial baits for gamefish until I had relocated to Southern California. Through my search for new species of fish, my capabilities as an angler began to grow until my knowledge of lure fishing had advanced to a point where I was confident I could pursue more difficult targets. 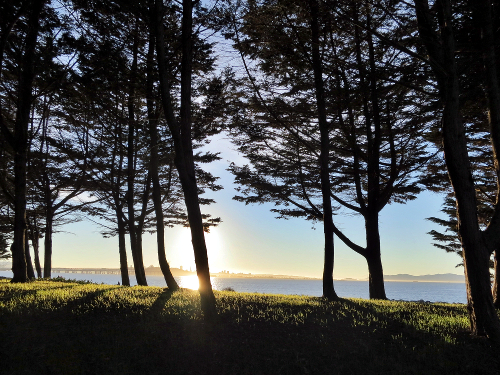 My target for today was an extremely mobile species, known for complex migration and feeding patterns. To track the species would require an intricate working knowledge of their current movements. This information came from a young angler I had met many many years ago, when he was only a short little kid who was absolutely mad about fishing and who left quite an angling legacy on the internet. However, as sure as the tide comes and goes, the kid grew up to a teen, who grew up into a man who became a commercial fisherman.

A quick text to him prompted the vital information I needed on my search: the fish were here, and they were feeding at a certain tidal cycle. Thank you, minnow. 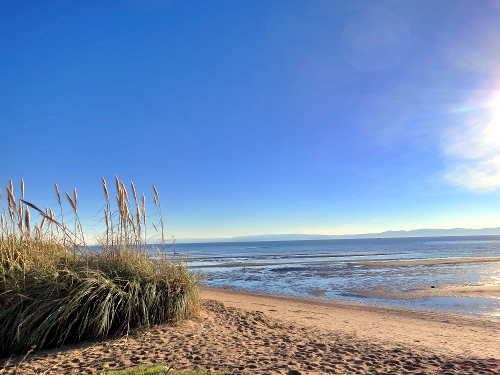 3 hours went by without a strike. But the tidal conditions had finally settled into the pattern that I had been told would hold fish. I found a cover of weeds that had been blown into a corner of a point. My intuition said this is it. My first cast was met with a sneaky strike, quick, tentative; a sting of the hook and it was off and gone. Darn. But with hope renewed, I cast again.

WHAM. Hard hit. A flash of silver in the distance followed by a screeching of the drag. Fish on! Stubbornly it dug deep, and paraded parallel to the shoreline as I prayed my hookset would hold. Soon it came close to the shore where the bold black stripes on it’s flanks were visible. A set of waves washed the fish up onto the bank, and I had my prize in my hands. 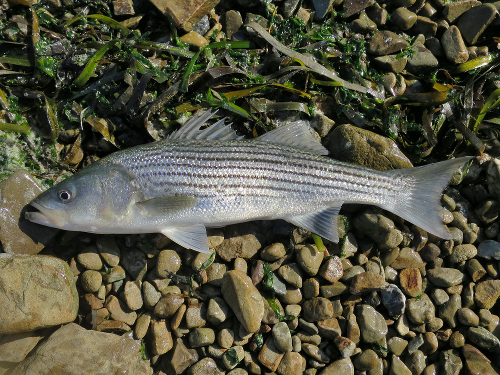 My first beach caught Striped Bass, on my trusted lucky craft. Just a teenage 23 inch fish, but wow this thing knew how to get an angler’s heart pounding. Not a new species for me, as I had caught one 7 years ago while trolling in a reservoir, but everyone knows that a fish caught while trolling doesn’t count… just kidding of course. A quick picture for my photo album, and with a gentle flick of that broad caudal fin the fish immediately disappeared back into the ocean.

Target achieved, but what angler wouldn’t throw a few more times as he walked back towards his parked car? 30 minutes later, another hard strike. A set of frantic headshakes had me thinking that I had tangled into a halibut, but it was another Striped Bass, this one a little smaller who had nearly swallowed half of my plug. Luckily, the treble had just barely hooked into his palate and I was able to extract the lure without much trouble. 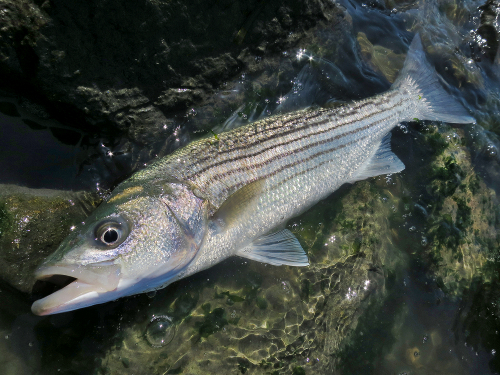 Another quick picture and the fish disappeared back into the surf. I looked around me. In a handful of hours fishing this area, I had only run across one other person and I had been surrounded by wild flowers and rolling meadows during my 3 mile trek along the beach. Fish or no fish, this was the essence of fishing. 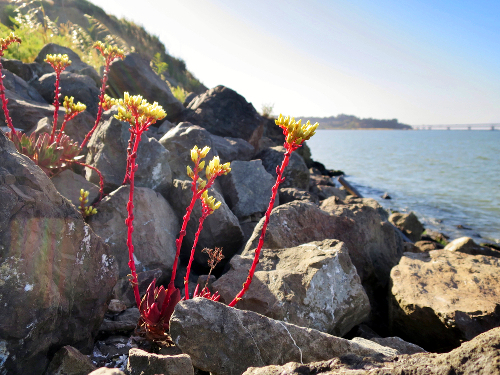 One thought on “Stalking Zebras”