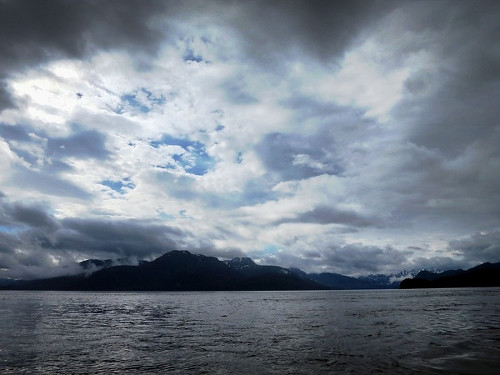 A sliver of sunlight pierced through the low lying cloud cover that hovered over the emerald ocean and for a second I felt as though the waves around my boat stalled in a surreal moment of beauty. In the near distance, I heard a small family of humpback whales as they spouted into the air. After basking in the glorious wilderness of Southeast Alaska, I turned the throttle of my skiff and headed towards the Inian Islands in search of the denizens of the deep. I couldn’t help but smile as I thought of how wonderfully alone I was here in the middle of the Pacific Northwest.

Having just spent 3 days fishing at an expensive high-end fishing lodge in Sitka, I was no stranger to the rich waters of Alaska. Depending on the season, all 5 Pacific salmon species can abound in these fertile waters along with enormous specimens of various bottom fish species. In Sitka, we definitely achieved our goal of catching fish, and nearly every day we came home with many large fish. However, these lodges supplied heavy trolling gear to drag in salmon, and mounted large 2 speed reels on their boats so that halibut weren’t fought, just winched in. After fishing, we returned to the lodge shared by 3-4 dozen people where anglers compared how quickly they caught their limit of fish so they could be back in the lodge as early as possible. While this experience is what some people travel to Alaska for, I came for something more: I came to find solitude, wilderness, and independence.

As the floatplane banked over Gull Cove and I caught a glimpse of the South Passage Outfitters camp, I knew I had found exactly what I was looking for. With a handful of cabins scattered next to the water, the camp can’t accommodate more than a few guests at a time so that things are perfectly exclusive. My personal skiff was fueled up and ready to explore the waters that surrounded their camp within minutes of stepping off of the plane and onto their dock. 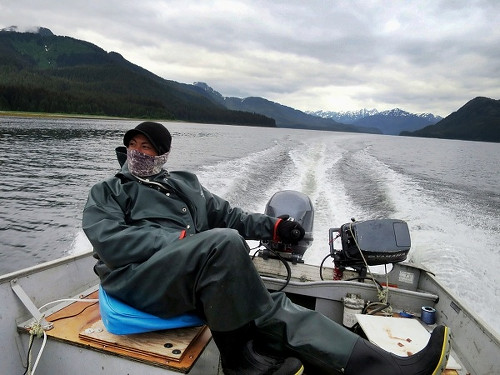 Solitude and wilderness this camp most definitely offered, but stepping into my warm cozy cabin, it was also apparent that creature comforts were not spared. A fully stocked pantry was available to raid at one’s whim, and there wasn’t a moment when delicious homemade food wasn’t available on the counter in the dining room.

So with all the criteria checked off for a comfortable camp in Alaska catering to my needs, all that remained to explore was the fishing. How was the fishing in the South Passage and Cross Sound? I’ve fished throughout the world in some of the most fertile waters abundant with fish and I can honestly say that the waters surrounding South Passage Outfitters compares with the best. 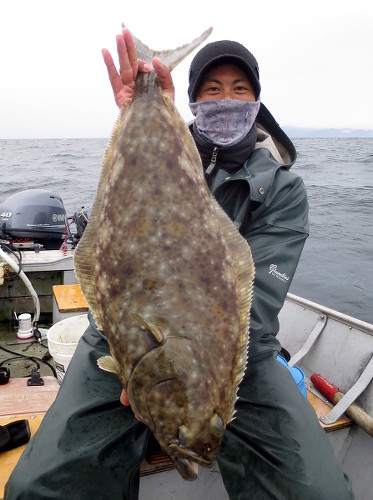 On the day I arrived, I unloaded my luggage and took my skiff out for a warm-up run. About 1 minute out of Gull Cove, I noted a small shelf on the sonar screen, and decided to drop down some bait to see what kind of small fish I might be able to hook up with. Using my Revo Toro 60, I used a small sliver of salmon belly on a tiny hook and dropped to the bottom. I just barely hit the bottom, reeled up my slack and I felt myself get snagged. Not too uncommon when bottom fishing, I tugged to try and see if I could free the snag when the “snag” started to pull away. After a 10 minute fight on my light gear, a small 15 lb Pacific Halibut was laying at my feet. 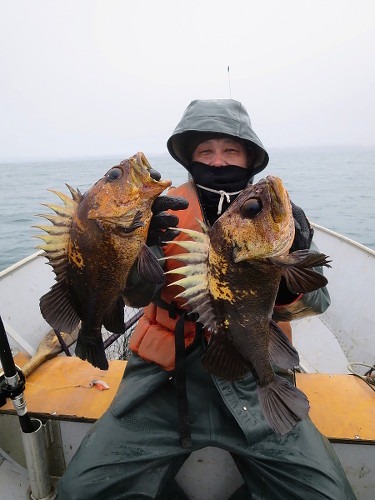 Such was exactly how fishing continued, day after day. On one of the days, I decided to take a longer motor out to Cross Sound, and found a ledge 50 feet deep surrounded by 200 feet water. After pulling up multiple rockfish with fresh teeth marks on them, I decided to drop down a large live bait to see what was lurking down there. I sent a nose hooked 20 inch Kelp Greenling down and started counting. Exactly 8 seconds later, my 40-60 lb class rod arced over, threatening to touch the water. Enormous head shakes rocked my rod as I braced myself to prevent from getting pulled into the water. 10 minutes later an approximately 50 lb lingcod was snarling at me from the net. In the next hour, I pulled in 4 more lingcod of the exact same size and probably could have done so for the rest of the day. 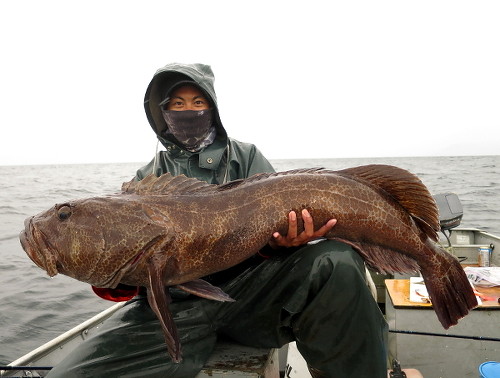 Although I was on a strict catch and release trip at South Point Outfitters, one thing that people might note is that because the camp is classified as a self catering fishing operation, the limits are somewhat more lax. Fairly significant is the daily allowance of 2 Pacific Halibut with NO size limit, meaning that if one felt inclined to do so, you could harvest a fish between 50-200 lbs, which is not currently allowed with most sport fishing lodges.

Having sang the praises of South Passage Outfitters, I have to also add the disclaimer that this operation is not for everyone. Although it is not difficult to learn how to operate the skiff, it does require a person to be physically in shape and capable of changing fuel tanks or clearing kelp from the motor. Another point to note is that although gear is available to use at the camp, most of the outfits are somewhat older and I would recommend bringing your own rod, reel, and tackle. However, considering the cost at the lodge is more than half less than most other full service fishing lodges, I’d say it’s still an absolute steal. 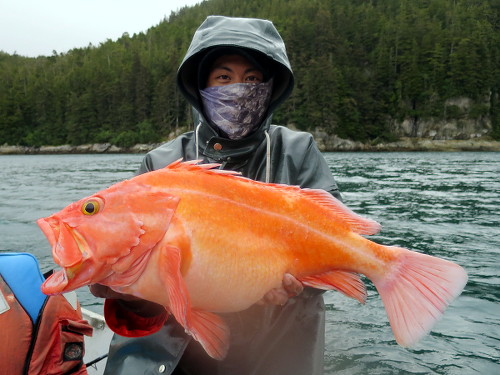 On my last night at South Point Outfitters, it was a particularly mild evening and I decided to take my last trip on the skiff in the 11pm setting sun. A large group of Sea Otters took note of me as I slowly motored past them, and I watched as they quickly forgot about me and went back to frolicking with each other in the kelp. The snowy mountain caps were visible in the distant evergreen covered slopes, and juvenile pink salmon were rising on the surface creating expanding rings on the glassy sea. If a sportsman’s paradise exists, this would be it. Nowhere else had I experienced such a place of wild beauty. 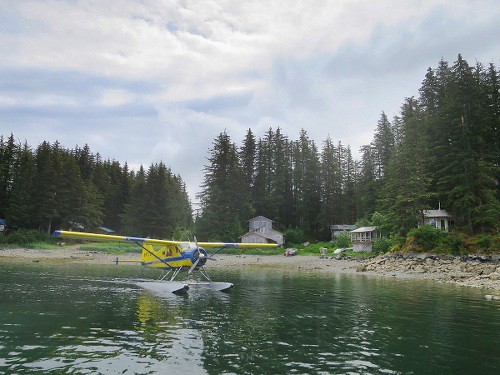