Having never fished the outer Channel Islands, I decided on a whim to take an overnight trip out of the Channel Island Sportfishing Center on the famed Mirage. With a well known reputation of finding big fish, I was anticipating a fun day of dragging up large Sebastes and other interesting deep sea creatures.

Having grown up taking trips out of Monterey with my father, west coast rockfishing will always hold a special part in my heart… as will the king of these deep drop fishing trips: Ophiodon elongatus, the ferocious Lingcod. After a long pursuit of one of these sinewy and foul tempered predators from the shore in Norcal (See https://obsessiveangling.wordpress.com/2011/06/19/socal-to-norcal-the-end-in-my-quest-for-ophiodon-elongatus/), my respect and love for this species only increased. 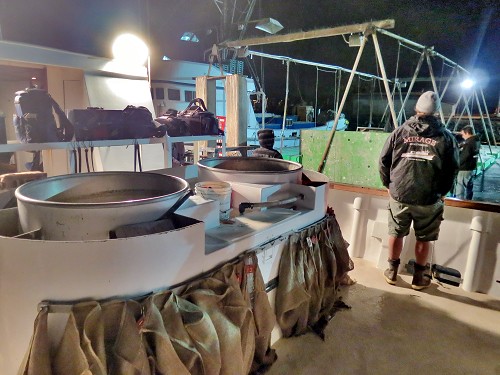 Purchasing the last remaining ticket on the 24 passenger Mirage, I arrived at CISCO around 8:30PM to unpack my gear and set up my rigs. I was fishing a 20-50 rod and a 20-30 with Saltist BG reels and 50-65 spectra. The lighter outfit was designated as my big lure rod, and the heavier one was going to double dropper the live squirts that we picked up.

Despite the tiniest bunks I have ever managed to squeeze into, a soundproof set of earphones and relatively calm seas ensured a good night’s rest. Waking at daybreak to the smell of breakfast burritos, I marveled at the sight of the craggy peaks of San Miguel and Santa Rosa. However, there was no time to enjoy the views as the captain had set up the boat on a reef, and as soon as I exited the cabin, the signal to drop had already been given. 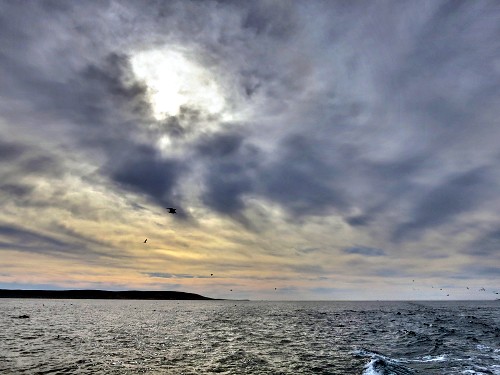 Still rubbing the sleep from my eyes, I stumbled over to my lure outfit, tipped the lure with a deliciously angry squid, and let her drop. Down 200 feet I went. Seconds later, the anglers who had beat me down to the bottom were hooked up. An enormous vermillion quickly surfaced, followed by a monstrous olive rockfish. Meanwhile, I had found the bottom and was slowly jigging up and down. Minutes ticked away as the anglers around me continued to catch while my offering remained untouched. 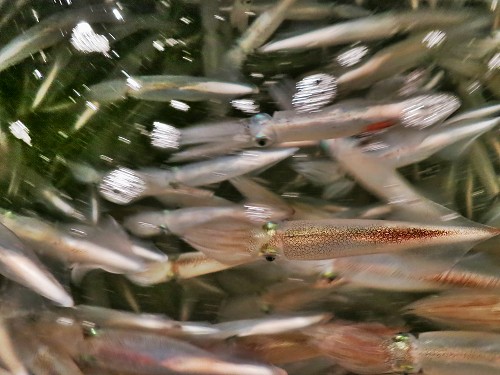 Suddenly the line tightened, as something inhaled my lure on the drop. Reeling tight, I waited until I felt weight against my rig, then struck hard. My rod bent heavily in my hands as something immediately pulled drag. I held onto my bucking rod as I wondered what was pulling the drag I had set at nearly the full 19 lbs on my 35BG. I knew whatever it was, it would probably end the sizzling run in the reef, where I would probably be quickly cut off. Amazingly, I managed to keep it off the rocks and my 50 lb leader held.

Slowly but surely began my up and down struggle. I gained some line, the fish gained some back. With my slow even strokes, I eventually had the fish nearing the surface. I looked down into the inky darkness to see an enormous white maw opened wide with my lure neatly hooked in it’s corner.

“GAFFFFFF!” A decky was by my side before I had even finished the word, and in one fell swoop the lingasaur was on the deck, snapping and gasping. My new PB lingcod that weighed out at just over 20 lbs on a bogagrip, and eventually would be the jackpot winner. 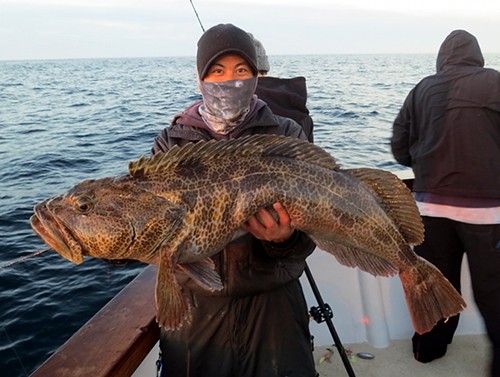 The action, however, did not end there. After catching the monstrous ling, I switched to a double dropper and quickly began pulling in double legal lings! Drop after drop, I released all of them and eventually had racked up a whopping 9 legal lings, and 6 shorties! By 8am the boat had limited on lings, and the captain was forced to change locations so that the boat could get away from those pesky things.

The rest of the day continued with giant vermillion rockfish, pot bellied coppers, voracious bocaccios and a sprinkling of blues, and olive rockfish rounding out the species count. The quality of fish were absolutely outstanding, and nearly anything less than 3-4 lbs was returned, knowing that there were larger fish waiting in the waters below. Most of the larger coppers that I caught were released, because they were clearly pregnant and interestingly, they don’t seem to succumb as easily to barotrauma as the delicate vermillions.

All in all, an amazing day spent on the water with calm waters and a great crew. The quality of fish was just outstanding, and even with the selective harvest of the larger rockfish, the boat also limited on rockfish by 1030am. We were left to pursue whitefish and sheephead to round out our fish counts, but the flood of large rockfish and lingcod continued. Most amazingly, the boat ended with 3 huge lingcod including mine, all closely vying for jackpot. Luckily, my ling must have had an extra meal because it beat the closest contender by just over 1 lb.

My love affair with the deepwater fish of the Pacific continues… 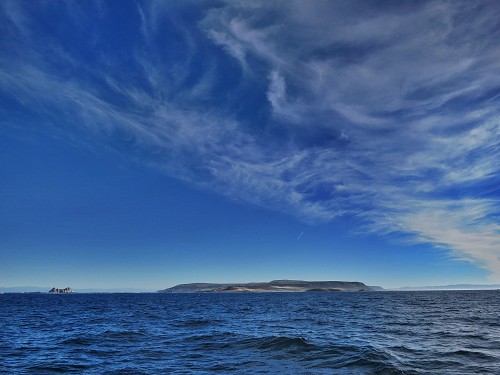