I had been warned by dozens of people. The first thing most people said was that I was crazy, followed closely by the statement that I was going to get myself killed. And it would be a lie to say that I didn’t have any concerns about driving into Mexico and down the Baja peninsula by myself. But breaks from my residency are few and far between, and I could see no better time to break into my 500th species than on Thanksgiving. 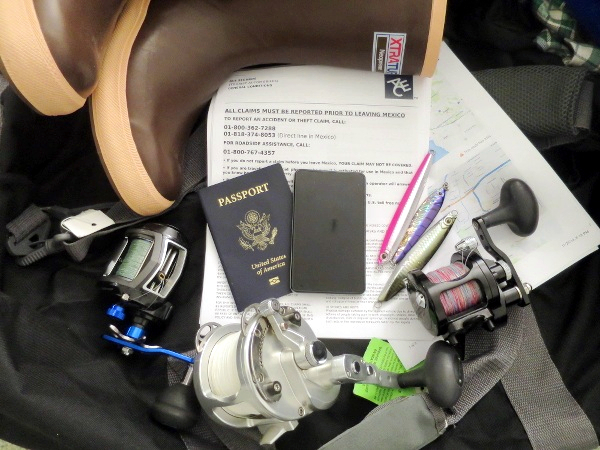 So here I was, bobbing in a panga in the emerald green waters of the northern Sea of Cortez accompanied only by my panguero. I had spent the previous two days scratching away at an assortment of species endemic to the Gulf of California, but one of my chief targets was a White Sea Bass which had thus far eluded me in my fishing career.

Through a combination of my elementary Spanish, and the panguero’s broken English, I was led to believe that we had just dropped anchor over a spot that may possibly yield a White Sea Bass. “Seabass aqui!” The panguero pointed at a 12 oz sinker in my backpack and gave me the thumbs up.

I dropped my rig over the side of the boat with a 6/0 circle hook baited with silvery belly strips of freshly caught mackerel and watched my depth counter braid flash colors as my bait descended into the water. Moments later, I felt the line slack when my rig hit the bottom of the ocean. I tightened my line and almost immediately I felt a slight tick vibrate up my rod. 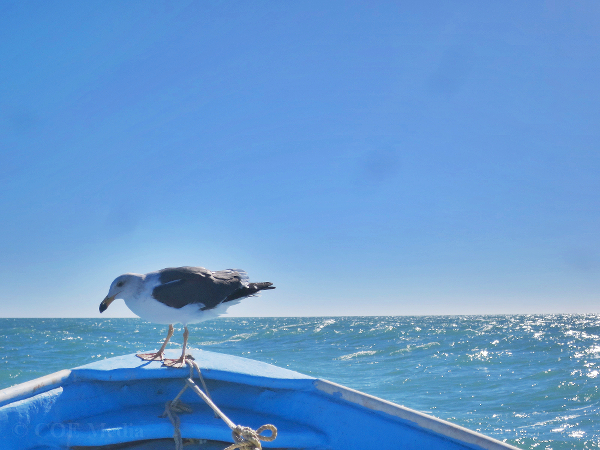 Anticipating the normal pecking of small grunts and snappers at my bait, I leaned back onto my panga seat to settle in for the wait of a larger fish to come and inhale the baited hook. But the wait was nonexistent, when the first tick turned into a jolt, which turned into a steam train intent on dragging my rod into the water. I quickly pulled back on the rod in the futile attempt to slow down whatever I was now attached to.

As my rod continued to bend over the side of the boat into the ocean, I looked over at my panguero, dumbfounded. I questioned him, “Grande garropa? Muy fuerte!!”

He shook his head and smiled. “No es un garropa!”

I wasn’t so sure, as possible species continued to flash through my mind.

Not entirely sure what I had connected to, I was eager to get the fish into the sun and determine what type of Baja monster I had hooked into but this fish was determined to make me work for it. Three times, it dug hard into the bottom against my Avet’s drag, while I prayed feverishly that he kept me out of snags. Each time, I was able to turn him and get him headed back towards the surface. Slowly but surely, I gained line and soon I could make out a monstrous dark copper silhouette rising from the turquoise depths of the ocean.

My panguero looked over at me with a smile and pointed at the dark shape. “Bueno seabass!” 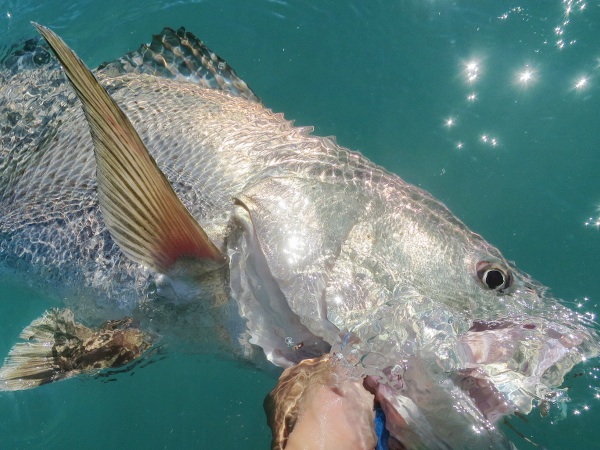 This was definitely not a sea bass. Nor was it a grouper of any species. This was one of the rarest species of fish in the world, and also one of the most valuable fish on the black market with each individual fish fetching up to $20,000 due to an irrational demand in Asia for it’s internal organs. Old myths had been spawned because of this fish, which had the potential to reach up to 200 lbs and is the largest species in it’s entire family of fish.

I cradled the fish in my arms for just long enough to snap a photograph. This was a living legend. A survivor among the millions that have been slaughtered in old times past. I quickly and gently placed it back into the water and watched as it hypnotically tread water with it’s enormous pectoral fins. It’s hunched shoulders and exquisitely heavy scales gave it the feel of a ancient hulking gladiator. Among the fish in the deep, it certainly was one. 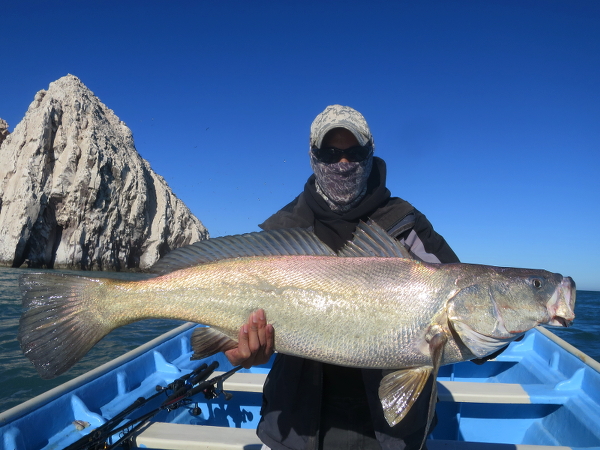 As I watched it swim down and disappear beneath the ocean surface, I realized I had been holding my breath. I was literally breathless from being in the presence of such a venerable animal, a true monster of the past. Despite the fact that this is a critically endangered fish, seeing one and feeling it’s thick body in my arms gives me hope that perhaps one day monsters like this would one day terrorize the reefs in the Sea of Cortez again. 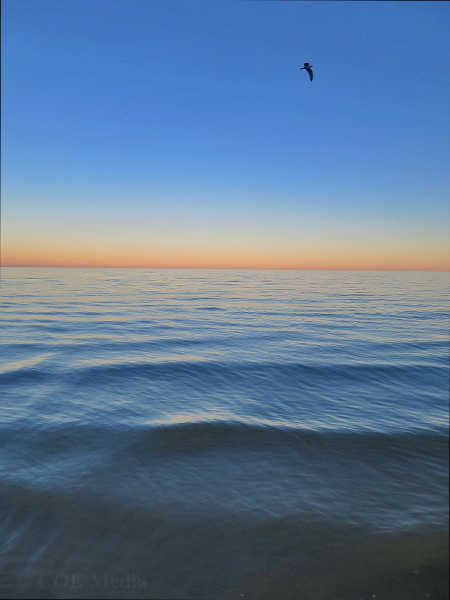 One can only hope.